Hop across the Channel for a little Re-stocking 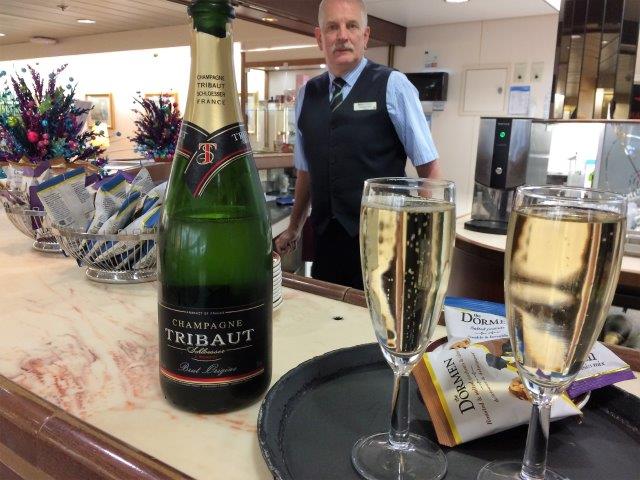 Hop across the channel for a little re-stocking

Assuming that your only acknowledgement to 'Dry January' is to avoid sweet wines, now is the perfect time for a hop across the channel to re-stock the 'cellar', which has been ransacked and pillaged over the last few weeks. Living in the South of England as we do, the marvellous thing is that it can all be done in a day - including (and especially) lunch.

P & O Ferries run regular day trips from Dover to Calais throughout the year and if you get the timing right (don’t forget the hour difference), you can cruise across the channel, have lunch in a fabulous restaurant, buy some wine and be back home for the Ten o'clock news. I recently did just that and far from being a frenetic endurance test, it was a chilled-out, relaxing and enjoyable day.

My trip was on one of the P&O fleet called the Pride of Burgundy, which has actually been admitted into the famous wine brotherhood, The Confrerie des Chevaliers du Tastevin, in 1993. I had booked into the Club lounge for extra peace and quiet and the day started well, as I was offered a complimentary glass of champagne, which is included in the ticket price. A very enjoyable glass from a small family producer near Epernay called Champagne Tribaut Schloesser, established in 1929 and producing high quality, characterful wines. Watching the white cliffs of Dover recede into the distance, with my newspaper, coffee and light breakfast, I was suddenly aware that the port of Calais was fast approaching.

After a quick and efficient exit from the boat, we drove a short distance to the restaurant we had booked for lunch. Named after a steamship which took part in the evacuation of Dunkirk, Au Cote d'Argent is right on the edge of the port of Calais, with the comings and goings of the ferries clearly visible from the modern, bright dining room. Run by a husband and wife team for over 30 years, the cuisine is elegant, tasty and refined, with a natural emphasis on fish and seafood. A very tasty starter of roast prawns with little vegetables and sweet and sour sauce, was followed by an interesting dish of smoked haddock on a bed of red cabbage. The salty and smoky fish was perfectly balanced by the slightly bitter flavour of the red cabbage, like the balance of a well- made wine.

Talking of which, chef owner Bertrand Lefebvre, keeps a comprehensive cellar under the restaurant, with emphasis on the classics of Bordeaux (over 80 wines) and Burgundy ( 45 wines), with prices ranging from 28 euros for an Entre deux Mers 2014 to 1200 euros for a bottle of Petrus '83. Having trained at some of the top restaurants in Paris, Bertrand has the knowledge and experience to be able to create fine, modern French cuisine, matched by some of the best wines in the world.

After lunch, you’ve plenty of time to visit the supermarkets or wine outlets for a little re-stocking, before returning to the port for a gentle cruise back to ‘blighty’.