The Wines of the Bergerac Region 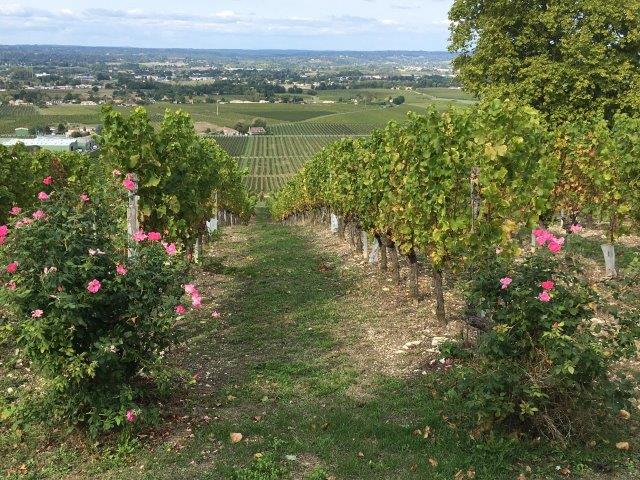 Les Altheas is in the midst of the Bergerac Wine Region and there are a large number of vineyards very close-by, many of which make excellent wines.

Bergerac is a confusing wine region. It is surprisingly large, but massively overshadowed by Bordeaux, its illustrious neighbour to the West, with which it has almost always had an uneasy relationship.

Because Bergerac, along with the Côtes de Duras is really a continuation of Bordeaux, separated only by administrative rather than significant geographical boundaries, other wine regions in the greater South West feel that they have little in common with it. As a consequence of this, it has been stuck in a kind of viticultural limbo for many years.

However, much has changed in the last twenty-five years or so and with new generations of winemaker, together with modern technology, fresh vibrant dry whites and delicious, succulent reds are produced, together with some top quality traditional wines.

Thus many excellent wines are made in the region – both in the more generic Appellations – such as Bergerac or Bergerac Sec, and in the smaller, more individual sub-regions with their own Appellations, such as Pécharmant , Montravel, Saussignac and Monbazillac.

In the last 25 years or so, there has been a quiet revolution in the area, resulting in the production now of some world class wines – reds, dry whites and sweet whites. There are still, unfortunately a few wines around which are less than exciting – sold mainly on price - so it is worth spending a little time in seeking out the better wines.

The best growers show that, although Bergerac shares a common tradition with Bordeaux, they enjoy a degree more freedom to experiment than their colleagues in the Gironde. The top wines of Bergerac are made with great attention to detail and with little expense spared. They fully express the uniqueness of their terroir. Saussignac and the best Monbazillac deserve to be respected as two of the greatest sweet wines of the world; and the new dry whites are equally good, including straight Sauvignon Blanc and those dominated by Muscadelle, Semillon and Sauvignon Gris. They express unusual and welcome nuances of flavour and style. The best reds are also deeply impressive.

It remains hard to sell bulk wines made in the region and there are some properties that offer worthy but rather unexciting fare; but I have a feeling that the revolution set rolling some 25 years ago is gaining momentum and Bergerac has much to offer.

A few recommendations are shown below: 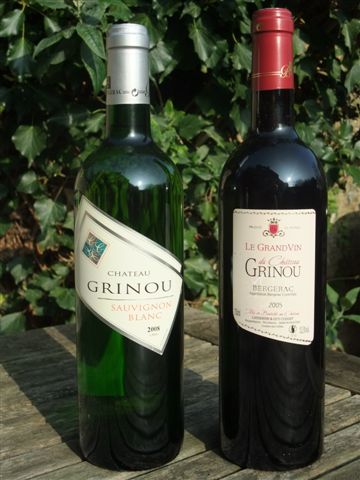 Founded in 1978 in the village of Monestier by Guy Cuisset and his wife Catherine, Guy at Château Grinou is now working alongside his talented son Julien, who having trained in Germany, returned home disturbed by what he'd seen of the effects of intensive agriculture and determined to implement a more 'environmentally friendly' regime at Grinou, that now includes the use of biodynamic methods.

At 35ha, Grinou is substantially larger than many of its neighbours. Guy considers that dry whites are the speciality of the winery. A high proportion of flint in the soil is ideal for Sauvignon Blanc, and its quality ranks amongst the best in the world. A fresh fruit style, almost akin to Sauvignon from the New World, it is a fine example of well made wine using modern technology, great experience and methods which are environmentally friendly.

The vineyard was certified organic in 2009 and has a range of wines, both Appellation Protegee and IgP - Indication geographique Perigord. The latest range is under the label Les Petites Perdrix - the little partridges, dozens of which live amongst the vines.

Amongst their prestigious clients is the top London importer and merchant - Corney and Barrow.

The wines of Chateau Grinou were first introduced on the UK market by the owner of Les Altheas, Richard Esling back in the 1980s, having recognised their outstanding quality and value.

Monbazillac is the largest sweet white wine producing region in the world. The vineyards surround the village of Monbazillac itself, with the Chateau de Monbazillac being only 20 minutes from the house and cottage. The chateau is open for visits and tastings and there are many producers in the area which are open for tastings and sale of their wines. Two of the many which are worth visiting are Chateau de Péroudier and Chateau de Fagé, the latter having won Best Monbazillac two years in a row for the 2018 and 2019 vintages.

Monbazillac is the largest sweet wine region, not only in France, but in the world. The vineyards extend over 3000 hectares (7000 acres), putting the more widely known area of Sauternes with its 2000 hectares, in the shade. For the last 20 years, considerable efforts have been made to improve the quality of Monbazillac wines. For example, it is now obligatory to harvest the grapes by hand. According to Charles Loisy, owner of the family run Chateau Péroudier on the edge of the village of Monbazillac itself, the wines from this region have greater authenticity than those from Sauternes, since the owners actually work the land and make the wines. Many of the large Sauternes vineyards are controlled by corporations, with an eye more to profit than individuality and character. 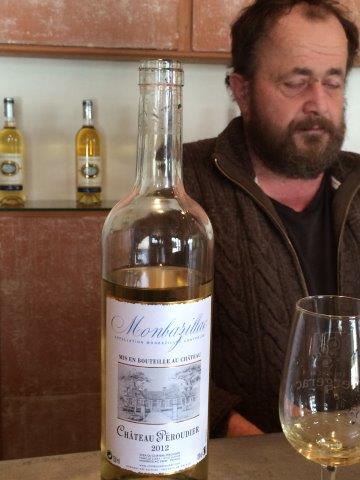 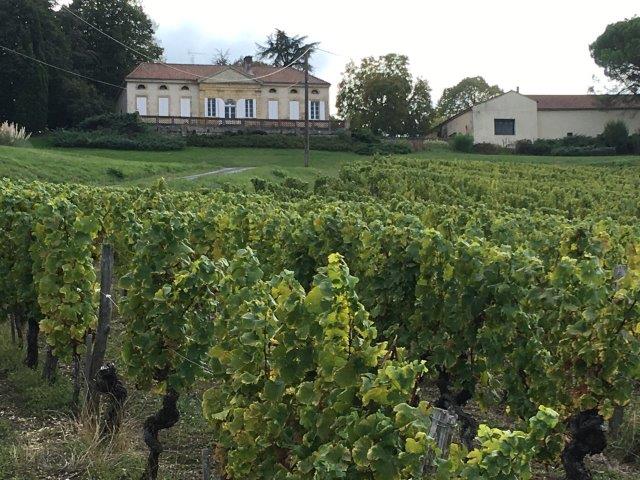 To the east of the town of Bergerac itself, is a little known area called Pécharmant. This produces some very robust and full-bodied reds of some considerable quality. Often aged subtly in oak casks, they are deliciously full flavoured and many will age well for 10 years or more, certainly benefitting from 6 or 7 years’ maturation. The wines are made mainly from Cabernet Sauvignon, Merlot and Malbec and due to small quantities, are seldom seen for sale outside the area. The region of Pécharmant is only 10 minutes drive from the house and cottage. One of the best is Chateau de Tiregand, producing rich, concentrated reds well worth seeking out. Another of note is Chateau Terre Vieille. 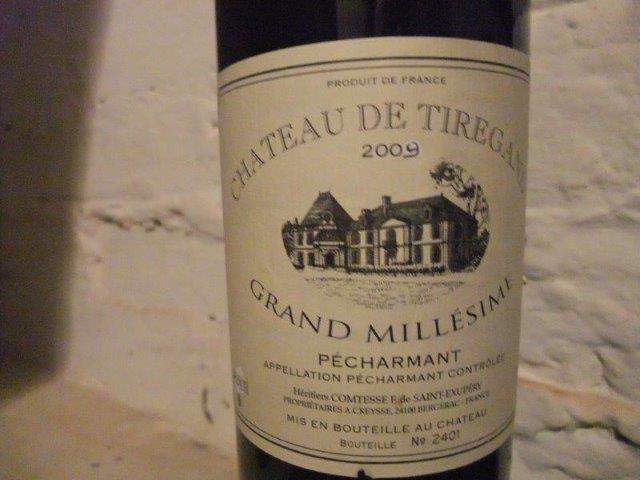 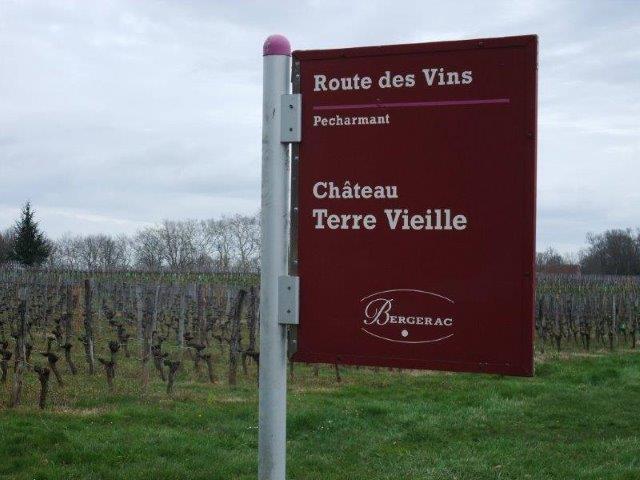